Featuring The Beast and Iceman

In 1968, after the apparent death of Professor X,  The X-Men split up into smaller groups for several issues.  Angel and Cyclops had previously been featured in solo stories, and now Beast and Iceman were featured in an adventure together against the Maha Yogi. 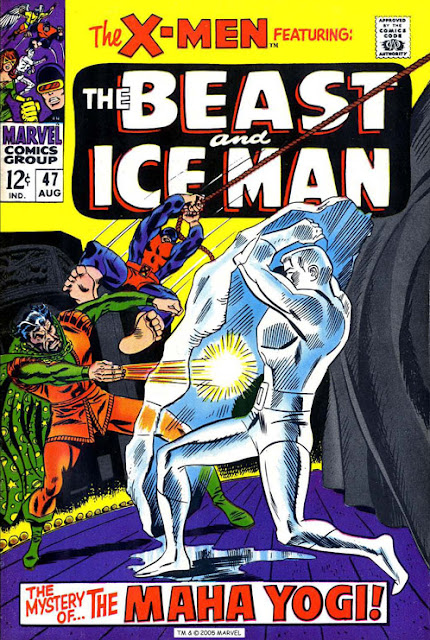 Next, Cyclops and Marvel Girl were pitted in battle against Computo and his robot hive. 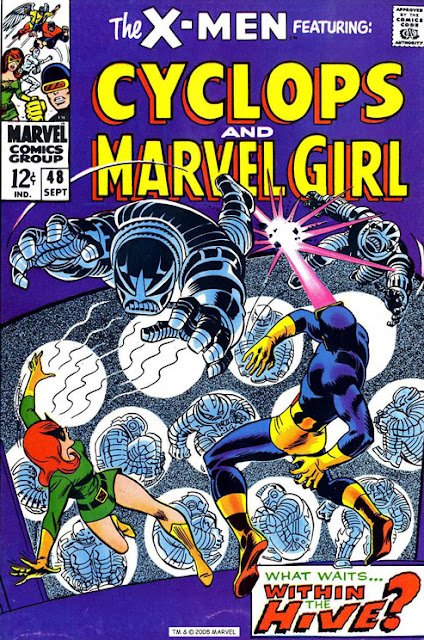 However, while the end of this issue promised another adventure of Beast and Iceman in the next issue, the team's breakup was cut short.  The next issue featured a reunited X-Men in battle against Mesmero.

But fear not, readers!  Know that in my constant observations of all things X, I observed that Beast and Iceman did battle Metoxo in an unpublished adventure.  While only one page of this story has surfaced, it may yet be possible that a complete unpublished issue 49 exists!  Behold the art of Werner Roth and Sam Grainger: 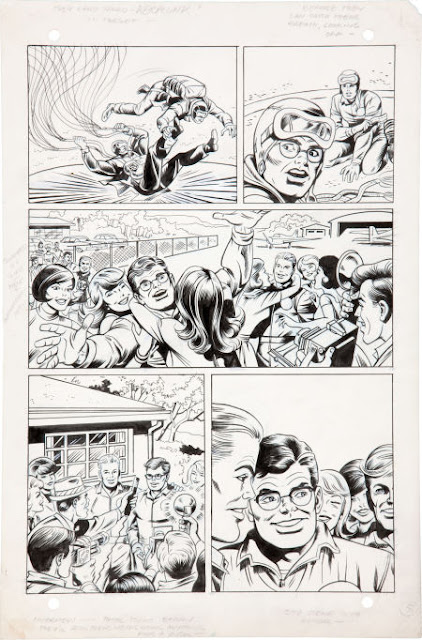 A larger version is available at Heritage Auction's website:
http://comics.ha.com/c/item.zx?saleNo=110114&lotNo=14642
(Note that they have the issue numbers wrong in their description of the piece)

Also, thanks to Professor H's wayback machine, there is a version of this page colored by Professor H himself! 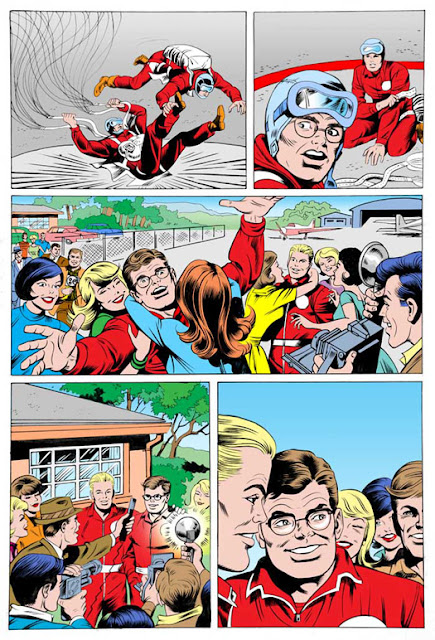 A link to the full sized page can be found here:
http://professorhswaybackmachine.blogspot.com/2011/11/coloring-samples-part-2.html

However, this is not the end to our tale.  Beast and Iceman's battle with Metoxo the Lava Man was recounted in a very different way by Kurt Busiek and James Fry (with inks by Neil Vokes) in 1994's Marvel Holiday Special.
Here is a portion of the flashback scene for this battle: 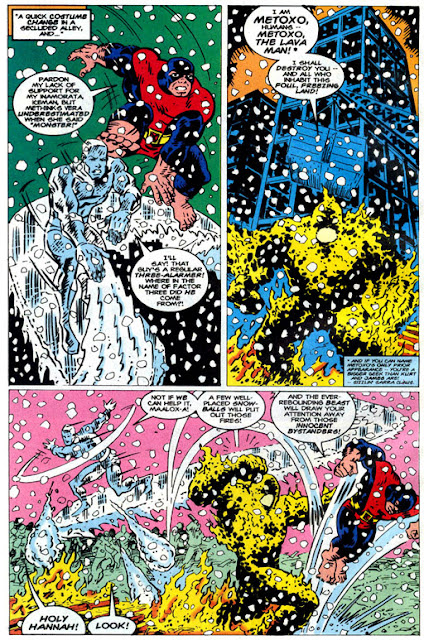 While it was nice to finally see this story come to light, it would be even better to see the original tale published.  Please contact Citizen X if you have observed any more pages from this story, or any other unpublished tales of the X-Men.  That is all for now, readers!